Teaching, research and study at 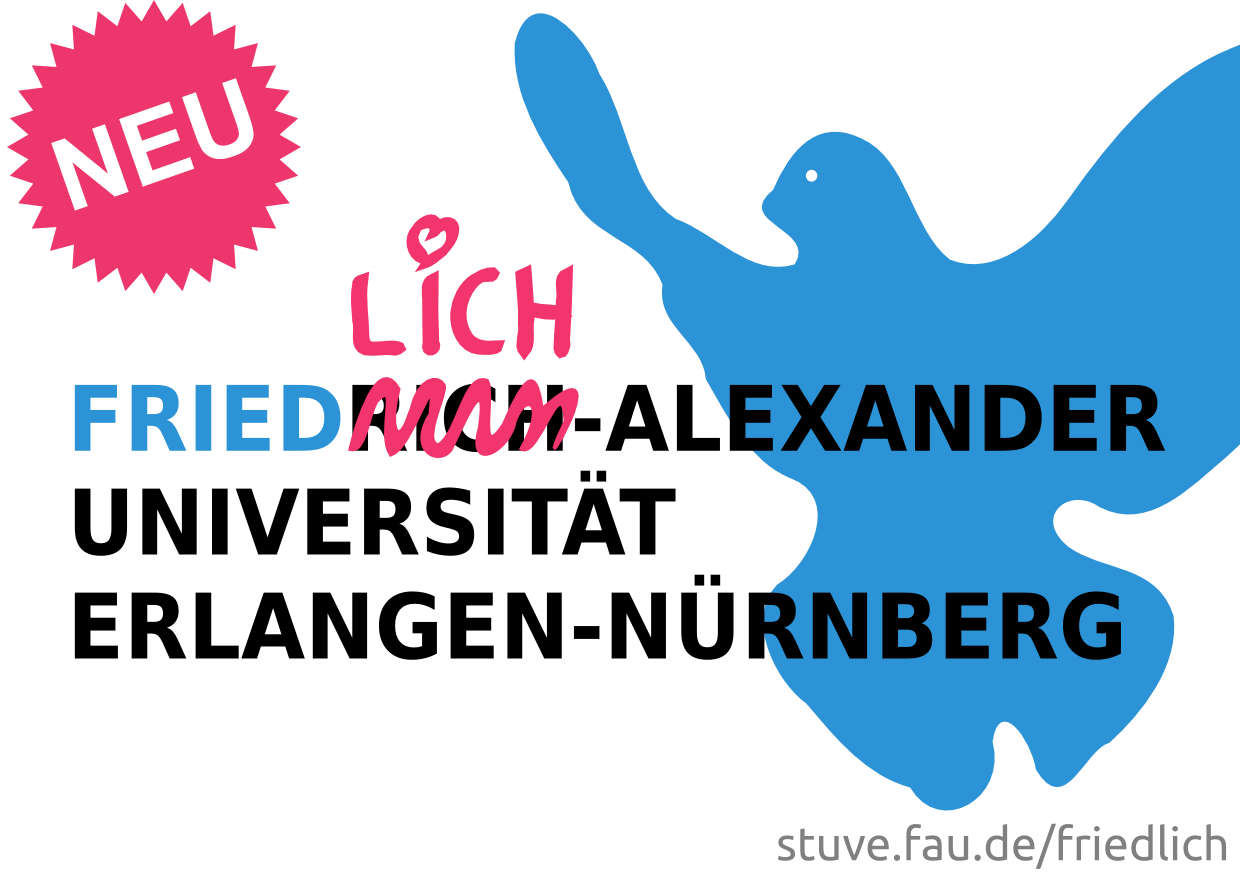 the university should serve peaceful purposes, enrich the coexistence of peoples and take place in the awareness of preserving the natural foundations of life. The Friedrich-Alexander-University (FAU) Erlangen-Nuremberg shall be a civilian institution that does not conduct any military or armament research and does not cooperate with military or armament industry institutions.

In order to implement this principle, the FAU Student Council, in cooperation with the Speaker’s Council, established a working group to prepare the introduction of a so-called civil clause at FAU (see also the associated position paper of the Student Council). 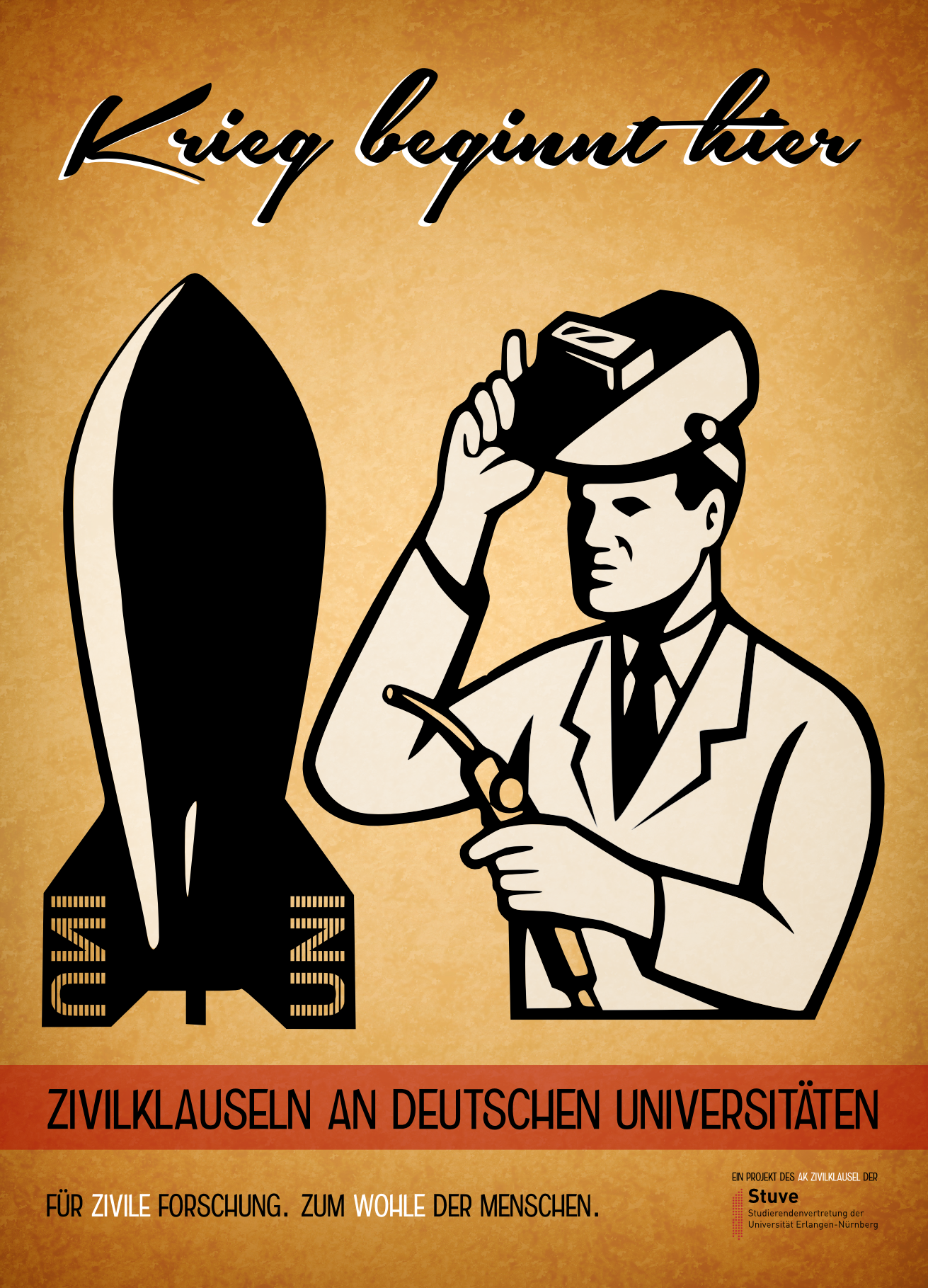 After years of preparatory work and resolutions in the various committees at the university, this was integrated into FAU’s mission statement in November 2016.

Now it is the task of all members of the university to achieve the new goals. The Civil Clause Working Group sees itself as a gathering point where information on the implementation of the new guidelines is collected. In the winter semester 2017/18, the Dual-Use Commission started its work. It serves as an advisory body in discussions on the compatibility of individual research projects with the self-image of FAU.

The working group meets by appointment. Invitations are extended not only to dedicated students, but also to all professors and university employees.

Our previous activities (links in german):